Thanks AGAIN to Al Kossow of bitsavers.org for providing many resources here!.

...and the Second surviving MiniFrame identified

The whereabouts of the below MiniFrame is currently unknown.  All of these pictures were pulled from sites where they were posted in the fall of 2006.  Those sites are also listed at the bottom of this page. 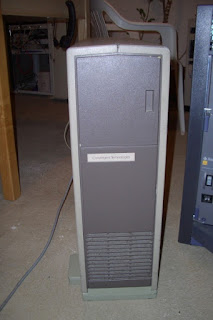 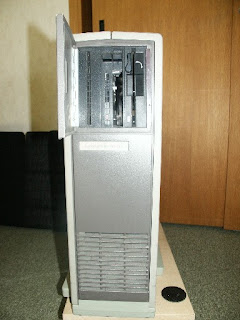 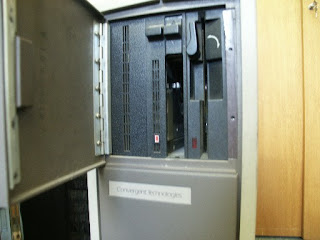 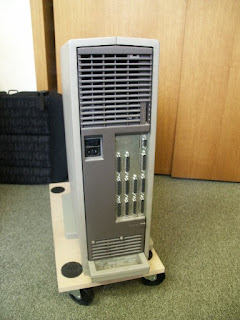 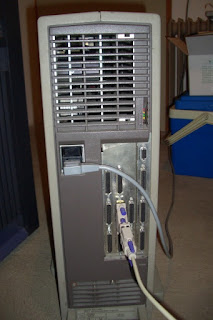 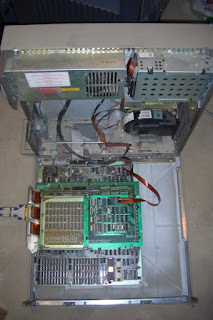 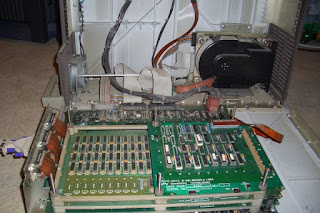 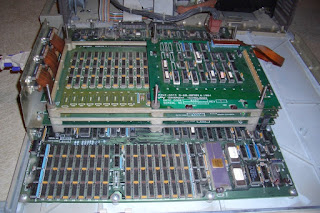 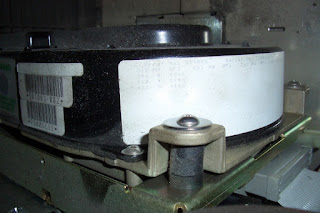 August 26, 2014:
Al Kossow did tremendous work on some MiniFrame tapes: 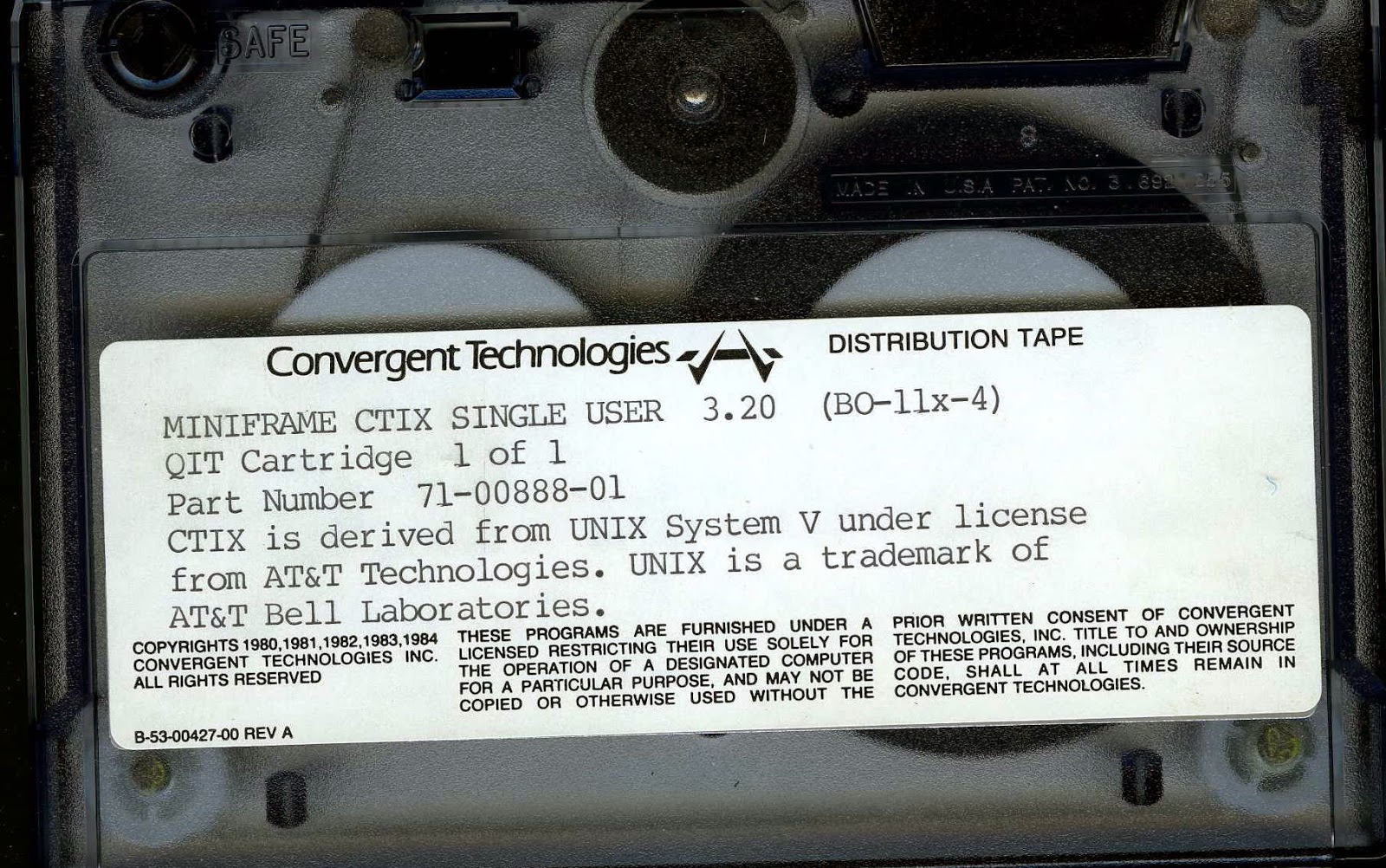 About a month ago, I found a box of CTIX labeled carts at a flea market.
Sadly, I went through them today and all but one of them has been written
over with accounting backups.

I was able to save the first few files from a single user system tape
which I've attached. There is a read error at the start of the CPIO of
the root file system (file 8). There are some stand-alone utilities though
which may be of use.

I'm going to scan all of the labels just so there is a record of what
they look like.

This was all very frustrating since I spent a bunch of effort over the
past month trying to make sure that I would recover as much as I could
assuming they would be good for only one read pass.

I worked on the tape again today, and was able to recover all but 11 blocks

I've put what I recovered up under
http://bitsavers.org/bits/Convergent/miniframe

The bad blocks are in CPIO archives, so it is possible to stitch the pieces back together


Interestingly, the C compiler and header files are on there.

Here are the labels from the tapes that Al Kossow was unable to image, because tapes were "written over with accounting backups."

And here is the only pictures I can find of a MiniFrame.  How's your German?
http://niki.hammler.info/wiki/Convergent_Systems_MiniFrame
Now in English: http://bit.ly/K9DkJw
And it contains a "review" of this machine from November 14, 1986:  http://bit.ly/1cIHu5b

This page links to a conversation I don't quite understand, but with better pictures.  Is that a floppy drive I see?
http://www.stiftingtal.net/forum/viewtopic.php?t=1036
-OR-
http://bit.ly/1Sg1Xmd