Thanks AGAIN to Al Kossow of bitsavers.org and Dick Toepfer for providing these!
.
According to page 2-6 of the "Writing MightyFrame Device Drivers" manual:
The CTIX operating system is derived from AT&T's UNIX System V, Release 2. That is, it is a virtual memory implementation of the System V user and programmer interfaces. In addition, certain features of 4.2 Berkeley Software Distribution (BSD) have been incorporated. In particular, the interprocess communication facility known as sockets has been partially implemented under CTIX

We see more evidence of Release 2.2 here in the :
MightyFrame™ Overview

The 2nd bullet point on the left:

CTIX Operating System - May 1988 (brochure)
(we currently believe that this version of CTIX was never implemented on the MightyFrame, and was likely used only on Convergent's newer systems 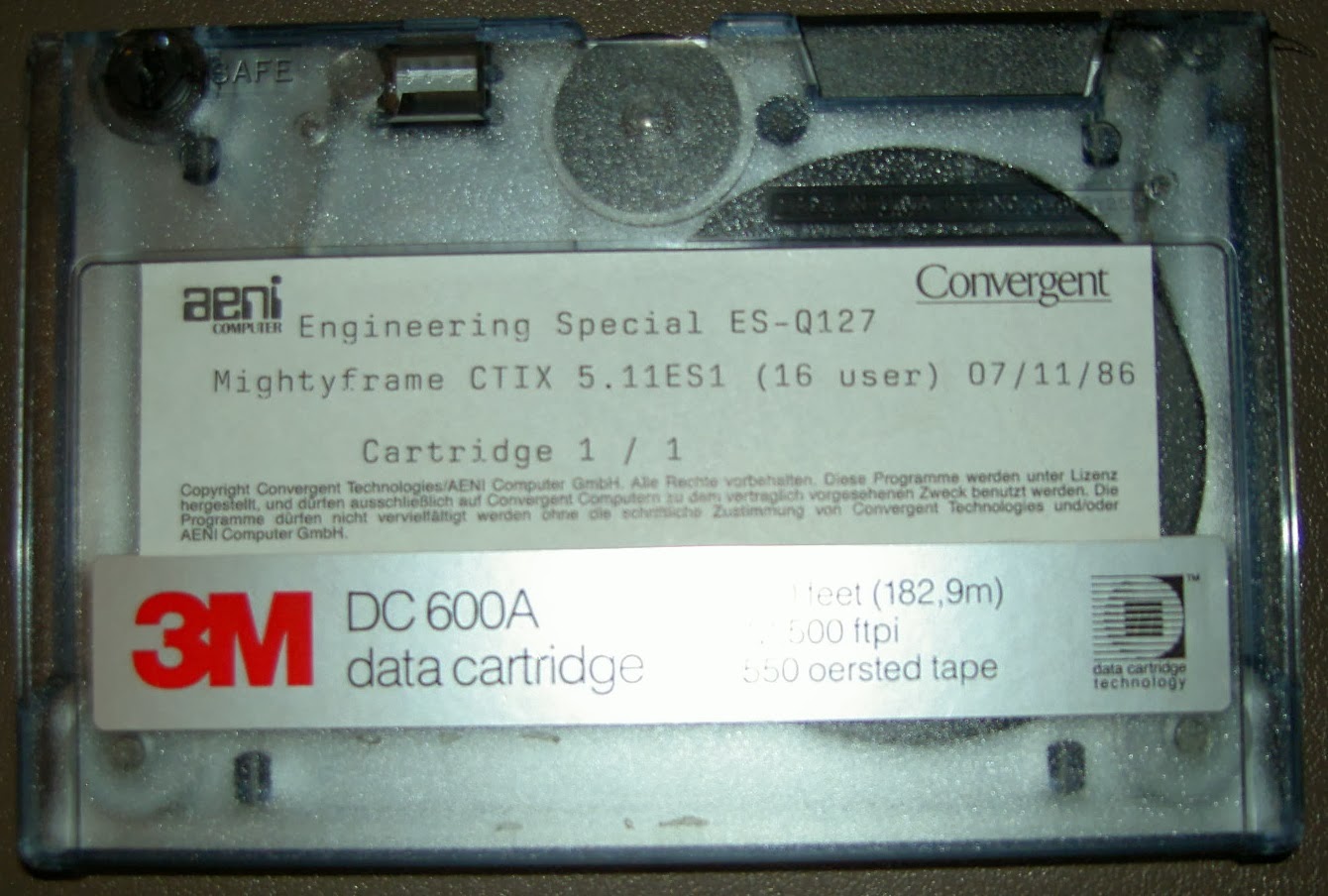 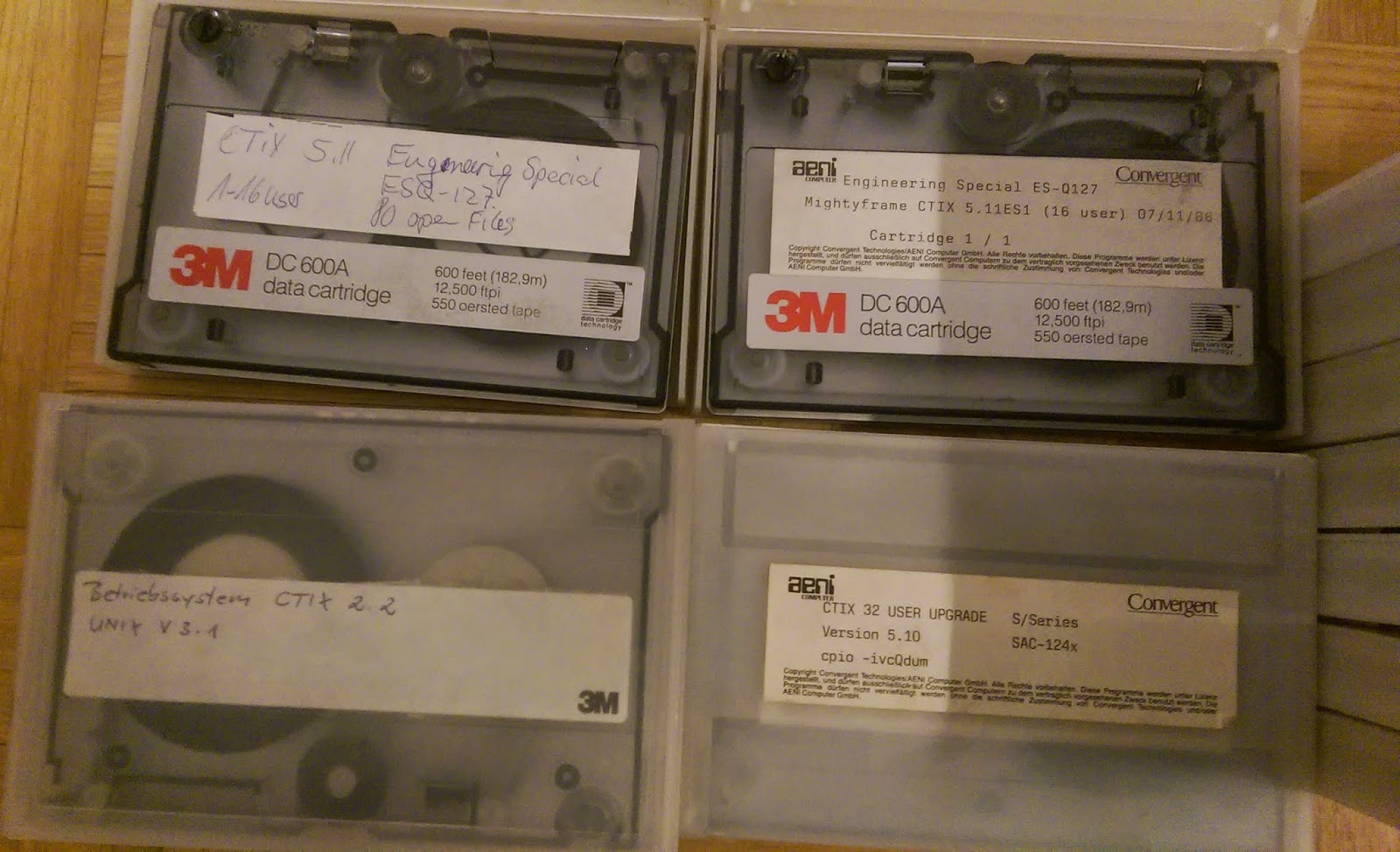 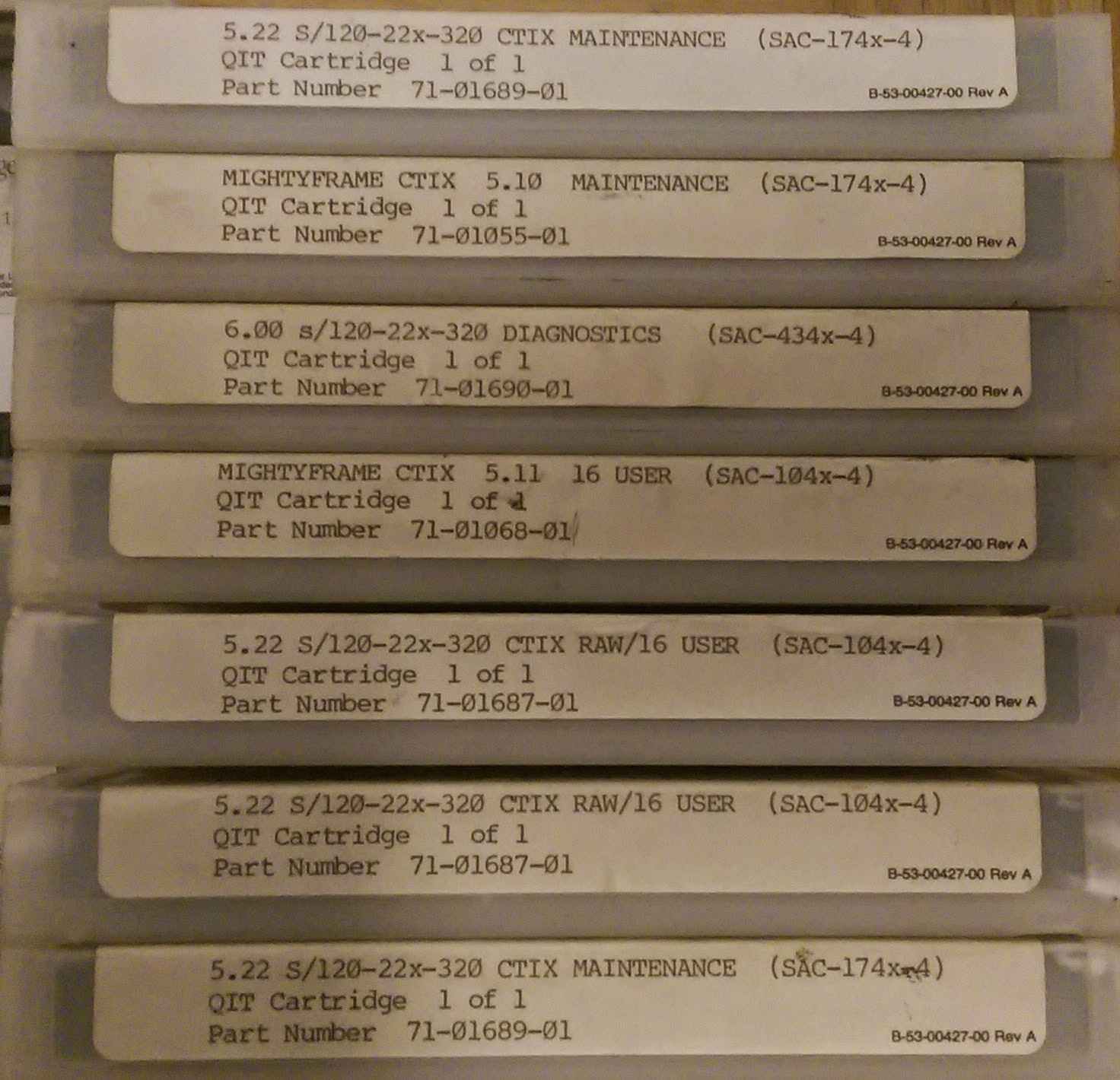 Photos Courtesy Michael Herzog - Many Thanks!

In July 2014, Al Kossow of the Computer History Museum found a box of CTIX labeled carts at a flea market.  Unfortunately, all of the MightyFrame-specific tapes were "written over with accounting backups."
http://bitsavers.trailing-edge.com/bits/Convergent/mightyframe/labels/

Does anyone know of others?

If you have anything that remotely resembles this, please contact us at MightyFrameCT@Gmail.com

On 11/25/2013 Michael Herzog emailed a screen dump of his "most successful" experience using one of these tapes:

This happens when he tries to boot his CTIX 5.23 tape:

And THIS happened with the maintenance tape:

You don't appear to have ANY disks.
Either power off the machine and fix/add an ST506 drive (winchester)
or load the EEPROM with the address of your SMD disk controller.

The terminal modes have been set for an upper case only terminal.
You may wish to enter a 'stty -lcase' to set the modes back to normal.
#

I know about the hardware and the software, I got it installed ages ago. But by now, most
of the tapes are broken, and there was no way to copy them (bit shifting caused error on
normal QIC drives - I have cipher, wangtek and scorpion to try, nothing at all), even the
tool "tprobe" does not work. It uses 2 3 7 on the console port for normal connection, when
powered on it should bring up a message like I posted before, with memory test. Does
your MF contain a hard disk drive? There are only a few that will work, like Seagate XT-4096
or Micropolis 1325.... - I dont have any working hard drive....still looking :( Also, still looking
for some tapes to copy.

I restored the internal tape drive (the capstan can be replaced by rubber wheels used in
normal audio tape drives!!!), and tried to read them out - it did not work. The blog is a good
idea, if you need additional webspace, feel free to tell me, I have several GB "empty".

It would be fantastic to find CTIX and/or MightyFrame manuals also.
Here's what Google turns up today:

Carol Walters developed documentation libraries for CTIX
Most interestingly, she states that she "Revised AT&T UNIX documentation to support CTIX software".  Does this imply that CTIX was built on top of the AT&T UNIX PC unix?

As I recall, the Megaframe and Mightyframe were very different systems. The Mightyframe was a later model that ran CTIX (Convergent's version of System III Unix) natively, while on the Megaframe it ran on top of CTOS (https://en.wikipedia.org/wiki/Convergent_Technologies_Operating_System)
My system actually had three motherboards; one had the main Motorola 68010 CPU that ran the Unix. But the I/O Boards -- one for the SCSI interface for disks and tape, the other for the serial ports (no LAN) -- both ran Intel 80186s CPUs running CTOS.

Under normal circumstances the Unix operator would never have to see CTOS, there were a few Unix commands (which I forget right now, I seem to recall them as ioctl switches) that performed the interface from Unix to the CTOS-based I/O system. (Occasionally for low-level hardware work (ie, formatting drives) it would need to boot into CTOS directly.)

The system would always need to load CTOS into the I/O boards before CTIX could load on the main board. (Bootups could take a while, but once booted it was fairly vanilla Sys3.)

The theory was that with the SCSI and serial using their own dedicated motherboards and OS, the main CPU would be free to do number crunching, database work, etc on its own. In practice it was just one really complex system.

From my experience, messing about with other UNIX variant installation technologies is fraught with peril. All variants after all are ports of some brand of UNIX, SVR4 or BSD, to specific platforms. CTIX was no different; even amongst the 'frames.

It's starting to look like CTIX had different iterations at different times, for different machines.

So what is the connection between CTIX And Berkeley UNIX?  Berkely Software Distribution?

So far, I've heard that CTIX was layered on top of CTOS for the MegaFrame, then derived from UNIX V rel 2.2, and another for rel 3 (but the MightyFrame never ran that one).

I will assume that Evan's comment about UNIX System III was simply mistaken, all other indications point to different release of only UNIX SysV.  But, hey...additional information is still surfacing, there could be something to that.

I suppose I should create a timeline for these machines and overlay the contributor's dates served at Convergent.  That could show a correlation.

We have also posted this request at the vintage-computer.com forum

...and post on old-computers.com when registration complete (or not...) 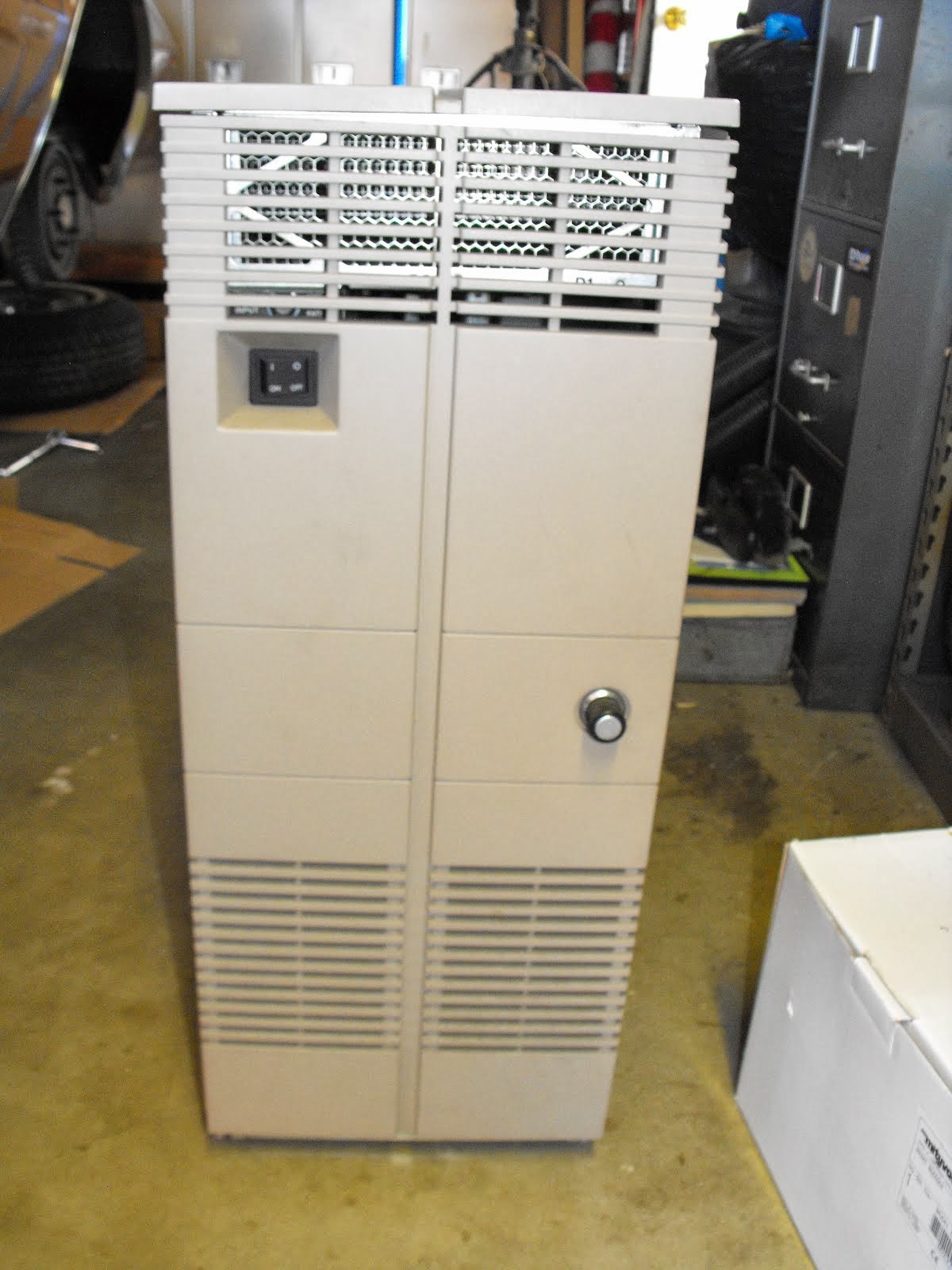